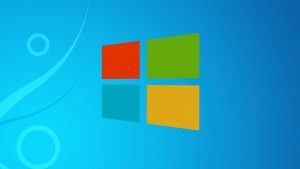 The general recommendation is to keep your computer or server running around the clock. That is definitely better for the hardware and even the applications running, however it can consume a lot of additional electricity. Users who run their own media and file servers at home have no need to access it during the late night and early morning hours so shutting it down and powering it on again at specific times can be useful. Here is how:

Since the ability to power on is done in hardware, this is not something that can be set in Windows or whatever operating system is installed. Instead you have to reboot the computer and go to a setting in the computer’s BIOS. The BIOS is where some of the lower level settings are done for most personal computers. In the BIOS you will need to look for a setting that is related to power management. The terms used vary from manufacturer to manufacturer but essentially it will give you the ability to set a start time for the computer. There might be instances where you cannot find it, however an update to the BIOS should do the trick.

Setting your computer to shut down on the hand is done in Windows or the OS. In Windows you will need to go to the task scheduler and create a new task. You will need to give it a schedule and a time that fits your needs and then when it comes to the action, type shutdown on the Program/script space and –s –f –t 0 in the Add arguments box.