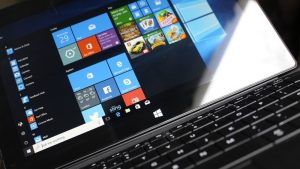 Microsoft and Qualcomm put in a lot of work to make Windows 10 on ARM a reality. The battery life and cost of an ARM Windows tablet or laptop is a compelling proposition. For Microsoft, it present an opportunity for them to create a platform that could extend from a mobile device to the desktop. However, there are several limitations with an ARM Windows 10 setup:

The first limitation is that Windows 10 on ARM will only support ARM64 drivers. Modern hardware and peripherals will not be an issue. However, if you have an old mouse, keyboard, or other device you want that does not have an ARM64 driver, you are out of luck.

Windows 10 on ARM can run emulated x86 apps. But none of the 64bit apps will work on the platform. Fortunately, the majority of apps are still 32bit and only apps that strictly use the extra resources of 64bit really need the support.

A lot of games won’t work. Though it is unlikely that anyone will buy an ARM Windows 10 machine for gaming. Anything that needs a version of OpenGL later 1.1 or hardware acceleration will not work.

Windows 10 has built-in support for Hyper-V virtualization. Sadly, ARM does not support any form of virtualization so the feature will not work. Even if you have the resources, virtualization requires hardware support and those instruction sets are not part of ARM.

There are several more limitations which you will find on a whitepaper from Microsoft.