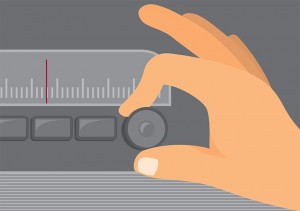 Some of the most successful and profitable radio campaigns are derived of excellent strategy, impeccable planning, and insightful commercial development. The creative process of directing a commercial that will appeal to a targeted audience not only requires brainstorming possible alternative, but also a unique selling proposition that draws in the listener.

According to Steve Doctrow, of Rogers & Cowan, advertisers and marketers should take advantage of radio’s evolutionary stages by connecting with young adults. Each business’s exclusive marketing plan is derived from a single goal – profitability. In many cases, success doesn’t come from popularity or entertainment value but rather the number of profitable customers acquired through advertising.

A Sound Approach to Advertising

Radio commercial advertising is ideal to connect to audiences and promote their brand in a somewhat subtle fashion. The creative process of advertising requires a sound strategy in order to maximize ROI. By creating a list of approaches, one can then hypothesize and narrow down what will work and what won’t based on rationale. Direct positive response from the consumer translates to either a sale made or a signed-up customer. Also, a radio commercial that’s heard by thousands won’t make any impact if it isn’t specifically catered to a certain demographic.

In order for a business to gain a following through radio adverts, they have to connect with the audience in a way that creates a lasting impression. A majority of the advertisements on the radio are just tuned out by the listener because of a lack of catchphrases or memorable lines. What good is a commercial advertisement if nobody actually remembers the details?