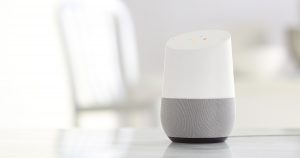 First up, Google has added support for CBS All Access, HBO Now and other streaming services. You can now call up shows using Google Home directly to your Chromecast or Android TV. This expands the list of major video services which was previously only Netflix and YouTube.

The most surprising addition to Google Home is Bluetooth support. You can now pair any smartphone or Bluetooth-enabled audio device to the speaker.

Other announcements included support for free outgoing voice calls to numbers in the United States and Canada. Also, IKEA recently announced that its line of smart home products would support Google Home shortly.

All of these announcements plus Google’s superior voice recognition shows that the gap between the Echo and Google Home is shrinking rapidly. All Google needs to do now is to introduce a smaller and cheaper Home to compete with the Echo Dot.