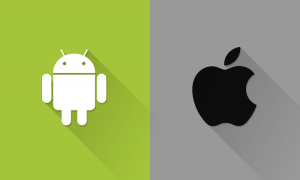 Apple just announced the new feature set of IOS 11, just weeks after Google took the wraps off Android O. The question is, how do the two mobile operating systems compare? Let’s look at some of the different categories and how each perform:

In terms of new features, Google brought more to the table in Android. The picture-in-picture support, work wonders for apps like YouTube and Google Maps. Auto copy and paste by selection is another change that will make day to day use much easier. IOS brought Apple Pay to iMessage and the ability play music to multiple speakers.

Apple introduced some updates to Siri’s voice, including nuanced pronunciation of the same words in different contexts. Google is still ahead of Siri in both understanding speech and answering questions. Add features like Google Lens and there is sign that Apple will catch up to Google’s use of machine learning.

When it comes to messaging, Apple handily beats Google. The Google messaging ecosystem is a mess, with multiple apps like Allo, Duo, Hangouts, etc. iMessage is a mature platform that you can now use to send money to other users.

IOS is still ahead in the design stakes and IOS11 saw several components getting updates. Android O on the other hands looks mostly the same with a few tweaks to layouts.

When it comes to virtual reality, Android is easily ahead of IOS. However, with AR kit Apple says it will have the world’s largest Augment Reality platform when it launches later this year. If the rumors of the new iPhone camera supporting AR, Apple could easily jump ahead of Google.