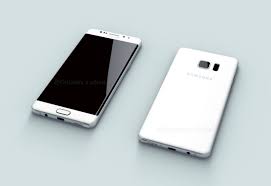 Samsung announced the release of the next in its Galaxy Note series, with the 7 set to be available in stores on the 19th of August. Samsung has jumped ahead in the numbering scheme, going from last years’ Note 5 to this year’s Note 7. This was done to bring the phone in line with its flagship phone the S7.

In the US the Note 7 will be available from all four major carriers from the 19th of August. There will also be a period where the phone will go on pre order. Pricing will be slightly higher than the S7 Edge but will be along the lines of its previous note phones at around $780 to $800. Users will also be able to buy an unlocked version in the US later in the year.

The Note 7 will now come with a minimum of 64GB of storage compared to last years default of 32GB in the Note 5. It also comes with an iris scanner to unlock the phone with your eyes. In terms of processor the North American, Japanese and Chinese versions of the phone will come with Qualcomms Snapdragon 820, while all other territories will have Samsung’s own Exynos processor.

This phone is essentially a larger version of the S7 with an iris scanner and larger basic storage. All the internals are more or less the same. Even the camera is the same 12MP 1.7f found in the S7 range. Nonetheless the Note series is a very popular one, and with the upgraded specs, iris scanner and edge looks, it should fly off the shelves.